Teaser Tuesday is a weekly bookish meme hosted by Miz B of A Daily Rythm. Anyone can play along!

Madhubala was conscious of Hiten's eyes following her as she poked around the vegetables available at the small provision store owned by Viren Shah.

-A Perfect Muder and Other Stories by S. R. Nair 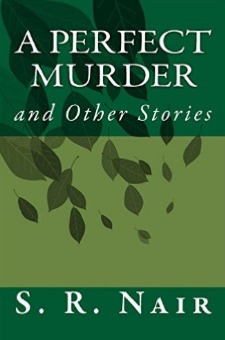 A naïve man and a divorcee, a wronged woman’s fight for justice, a poor woman’s desire for an iPad, a charming young man plots to seduce a beautiful, blonde tourist, a staunchly orthodox immigrant’s struggle to assimilate in the U.S. … These are some of the captivating stories in this book which heralds a distinct voice and is a “seriously good read”.