Its not just a cold February morning that freezes all activity at IIT. The topper of the Computer Science batch is found hanging inside his room locked from the outside. A day later, in a fit of anxiety, his best friend erases his suicide note from his laptop, thereby obliterating the only way that could have led to understanding the reason behind such a catastrophe.
The smartest among the group of software experts asked to retrieve it finally gets hold of it, but silently gives up on finding it and withdraws with the stolen suicide letter. What is it about the letter that makes him hide it from the world? Why does he lose himself in the amaranthine ocean of agony and forgets all else on reading it? Love is life giving, but Destroyed by Ishq explores the other side of love. Are you ready to turn the page? 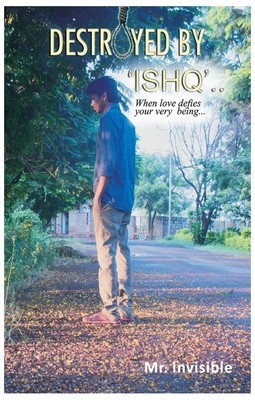 *NOTE: We (The Readdicts) received a copy of Destroyed by 'Ishq'.. by Mr. Invisible from Srishti Publishers & Distributors in exchange for an honest review. we thank the publishing house for the book!

Like everything, there are two consequences of first impression as well- it can either turn out to be the best or the worst. When I first came across Destroyed by 'Ishq'.., I was really intrigued by it. The titled sounds apt and is very true. Like we all know and have learned, love destroys. There was an air of mystery surrounding Destroyed by 'Ishq'.. what with it being written by a certain Mr. Invisible which, come to think of it, sounds really lame. I had thought that the book would be highly intense as every book I've read on suicide has been. But somewhere, I had a feeling it wouldn't be as great as I was expecting or hoping it to be.
When I read books that have suicide as the main theme, I only look for one reason- whether the said suicide is justifiable or not. And in this case, it clearly wasn't. I get that love has a very uncanny way of making us suffer and feel like all the pain that we're going through is unbearable and will see no end. It sucks when you try many times but fail in love and it's simply stupid when you try hard with one person many times knowing it's going nowhere. While giving up on love seems like the best option here, giving up on life is clearly stupid and absolutely silly. Till the very end, no matter how hard I tried, I couldn't connect at all with anything in Destroyed by 'Ishq'.. It was neither deep nor emotional. What this book managed to do is to give a nice wake up call alarming me that it's time I stay away from stories set in IIT or any engineering college for that matter. I just don't get the point of life there. Anyway, I'm not interested in saying anything against any students, so that can be left off.
While Destroyed by 'Ishq'.. has a very interesting and exciting narrative technique, it would have been highly convenient to  mention at the beginning of a new point of view whose pov it is that the reader is reading from. I was irritated by the excessive use of punctuation marks, the sudden change of font for no reason whatsoever, a melange of English and Hindi and most importantly, the characters, who are what connect me to books in the first place. Sadly, if it's not clear already, I didn't like Destroyed by 'Ishq'.. to the point that I don't care about it. 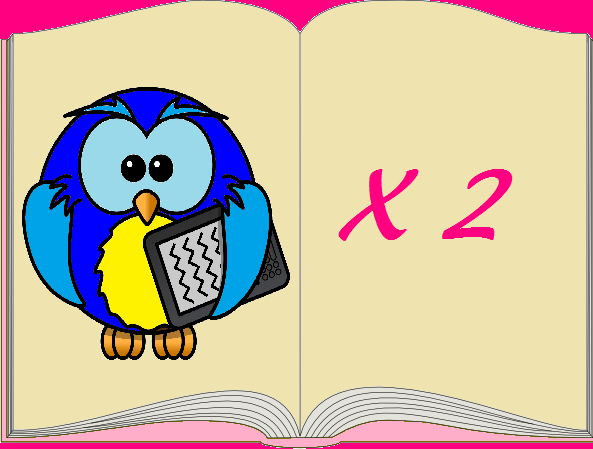