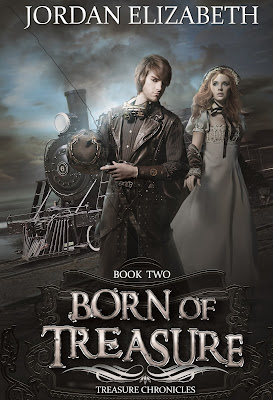 “Clark used to be a miner, until he drank from a vial he swore was absinthe but was actually an invention to give him the ability to raise the dead. Now Clark seeks to fulfill his father's wishes to keep other inventions away from Senator Horan. His beloved Amethyst is along for the ride. Deceit, drama, romance, the insidious underbellies of gangs...How can she not be involved? Clark can't hide behind the Treasure name forever and the army still wants him for his secret abilities. If Captain Greenwood can't snare Clark, then he'll use the Treasures as collateral. Saving his father's inventions will just have to wait, especially now that the Treasures have been kicked off their ranch and driven into exile. Clark knows how to survive on the run, but that’s not the fate the Treasures deserve. He can surrender to the army or fight for his freedom, but Amethyst has other plans for fixing their troubles. She’s come across another one of the vials that gave Clark is abilities, and it looks mighty tasty.”

BORN OF TREASURE is Jordan Elizabeth’s third novel and second installment of the Treasure Chronicles series. This young adult fantasy with elements of steampunk and romance, published through Curiosity Quills Press, is now available for purchase. Check out BORN OF TREASURE on GoodReads for fabulous reviews! Jordan Elizabeth, formally

Jordan Elizabeth Mierek, can often be found garbed in corsets, long skirts, and boots. Her first novel, ESCAPE FROM WITCHWOOD HOLLOW, came out in October of 2014. You can contact Jordan via her website, JordanElizabethMierek.com. 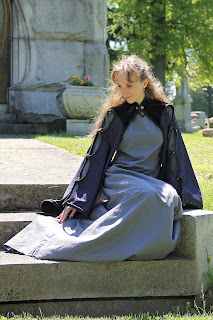 Craving more steampunk with the Treasure family?TREASURE DARKLY, book one of the Treasure Chronicles, is available whenever books are sold. GEARS OF BRASS, a steampunk anthology, features a short story about Amethyst.

Win a key necklace and matching earrings worthy of Amethyst herself!