Companion to the Treasure Chronicles

A young adult novel of gangs and love in a steampunk world. 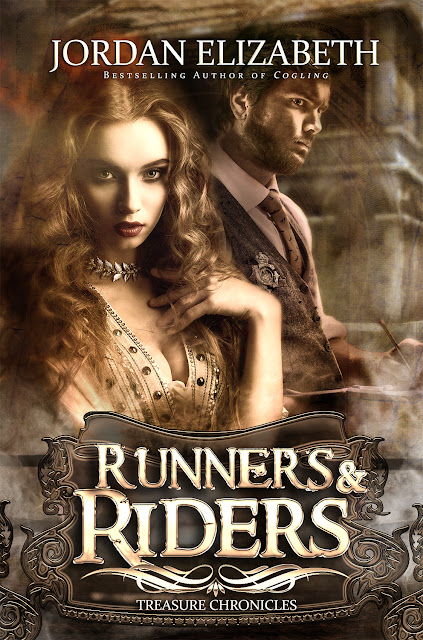 Thank you, Eugene Teplitsky, for this radiant cover!

Juliet loved growing up at the seaside, although it meant lonely hours chasing after the other beach rats while her mother worked as a seamstress. Juliet never expected her seaman father to inherit a fortune and move the family to New Addison City. Suddenly her mother is a socialite and Juliet is best friends with a strong-willed girl who actually likes her. When Juliet’s new friend welcomes her to the Runners, a gang that has plagued the East Coast for years, Juliet sees it as the opportunity to fit in, learn tricks, and make eyes at one of the hottest members. What the gang does isn’t really wrong…right? She’s used to being a pawn for the Runners, but she starts to question what she sees as harmless fun when the gang uses her to attack a young officer.

Jonathan Montgomery vowed to end the Runners after they murdered his family. He joined the Riders, an elite police force dedicated to stopping the Runners’ crime spree. They have put him in New Addison City, but rookie mistakes follow Jonathan as he struggles to accomplish his goal, until a young woman feeds him inside information to bring down the Runners.

Between murders and secrets, Juliet will need to find her strength to help Jonathan, before the founder of the Runners crawls up from the sewers amongst her inventions to burn down the city.
RUNNERS & RIDERSwill be available August 22on Amazon from Curiosity Quills Press.
Check out early reviews on GoodReads!
#

This story takes place after BORN OF TREASURE, featuring new characters in exciting new settings.  TREASURE DARKLY, book 1 of the Treasure Chronicles, is on sale for July 11th and 12th for 99 cents!  Grab your copy now from Amazon. 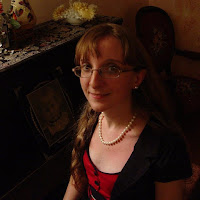 Jordan Elizabeth became obsessed with steampunk while working at a Victorian Fair.  Since then, she’s read plenty of books and even organized a few steampunk outfits that she wears on a regular basis (unless that’s weird, in which case she only wears them within the sanctuary of her own home – not!). Jordan’s young adult novels include ESCAPE FROM WITCHWOOD HOLLOW, COGLING, TREASURE DARKLY, BORN OF TREASURE, GOAT CHILDREN, and VICTORIAN. RUNNERS & RIDERS is her fifth novel with Curiosity Quills Press.  Check out her website for bonus scenes and contests.
#

In honor of RUNNERS & RIDERS, enter for a chance to win a $5 Amazon gift card so that you too can buy amazing steampunk paraphernalia!

All winners will be notified after verification of entry at the end of this promotion.  Prizes have been supplied by and the responsibility of delivery are solely that of the author and/or their representatives. Blogs are not liable for non-delivery on the part of the author. No purchase necessary.