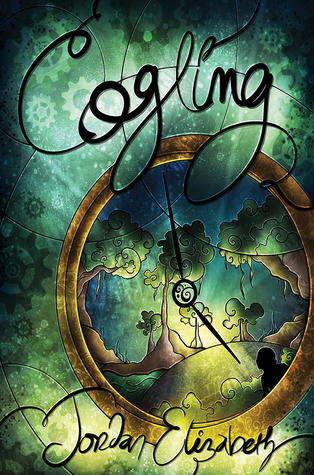 The beautiful cover is thanks to Mandie Manzano.


Desperate to rescue her brother, Edna sets off across the kingdom to the hags' swamp, with Ike in tow. There, they learn Coglings are also replacing nobility so the hags can stage a rebellion and rule over humanity. Edna and Ike must stop the revolt, but the populace believes hags are helpful godmothers and healers. No one wants to believe a lowly servant and a thief, especially when Ike has secrets that label them both as traitors.
Together, Edna and Ike must make the kingdom trust them or stop the hags themselves, even if Ike is forced to embrace his dark heritage and Edna must surrender her family. 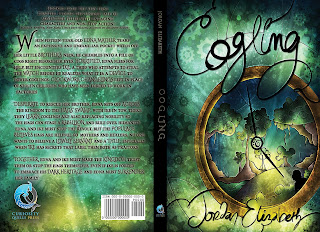 Green smoke snaked up the side of the tenement and drifted over the sill of an open window. A breeze blew the vapor into a column before it solidified into the shape of a stout, young hag. She shook her crimson curls away from her face and straightened the hood of her cloak to keep her kohl-lined, silver eyes shadowed.
The scent of lavender clung to her robes, washing over the small room. Two brass-framed beds crowded the floor. Blankets covered sleeping children. A little boy wheezed against the head of his stuffed bear, drool dripping onto the wool.
The hag squinted to see the goldenrod dream cloud above his head—a dream about seeing his father again. She frowned at the other bed, where a sleeping teenager lay with a threadbare blanket tugged around her chin. Even squinting, the hag couldn’t make out a dream cloud. The girl was too old to be of any use.
The hag slithered to the boy’s bed and, from the folds of her cloak, drew out a rectangular box four inches long, with a circular indentation on one side. She set it on the floor to remove a vial and rag from her skirt pocket, the rough wool of the rag irritating her fingertips.
“Do it, Simone,” the hag muttered to herself as she willed her hands not to tremble. “Make the Dark Mother happy.” She couldn’t fail at her first mission.
Holding her breath, Simone dribbled three drops onto the rag, yanked the teddy bear away, and shoved the drugged cloth against the boy’s mouth. His eyes opened, his gasp muffled, and his body jerked. Simone stiffened.
The girl moaned. Her mattress rustled as she rolled over to face the wall, brown curls shifting over her pillow.
Simone’s heart thudded. By the seven Saints, she should’ve cast a sleeping spell over the girl. The Dark Mother preferred humans to think hags were harmless healers, not thieves who kidnapped children.
The boy writhed, squeaks emerging from behind the rag. Simone pressed harder. She needed his breath in the wool to disguise and fuel the machine.
The potion took hold and the boy collapsed. Simone’s thick lips curved over her broken teeth. She lifted a pocket watch from around her neck and positioned it into the crevice in the metal box. As the two pieces connected, a chime rang out. She set the box beside the limp little boy and draped the rag over it. Even though she should wait to make sure his breath stuck in the machine, she couldn’t risk waking the girl.
The metal stretched to become his replica as if it were made of putty. With a second chime, the metal shimmered and dulled into the pale peach of his flesh, becoming an exact duplicate of the child.
“Mine.” Simone hefted the little boy into her arms, leaving the duplication on the bed, and transformed to smoke before the chimes awoke the girl.

Check out COGLING on GoodReads and Amazon. 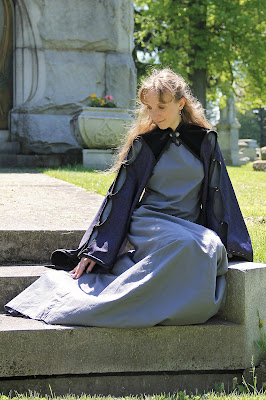 Jordan Elizabeth, formally Jordan Elizabeth Mierek, writes down her nightmares in order to live her dreams. She is the author of ESCAPE FROM WITCHWOOD HOLLOW, TREASURE DARKLY, and BORN OF TREASURE. Check out her website, JordanElizabethMierek.com, for more information on her books, contests, and bonus short stories.