Goodreads Summary:
Once upon a time, in small-town India, there lived two intelligent boys.One wanted to use his intelligence to make money.One wanted to use his intelligence to create a revolution.The problem was, they both loved the same girl.Welcome to Revolution 2020. A story about childhood friends Gopal, Raghav and Aarti who struggle to find success and love in Varanasi. However, it isn't easy to achieve this in an unfair society that rewards the corrupt. As Gopal gives in to the system, and Raghav fights it, who will win?From the bestselling author of Five Point Someone, one night @ the call center, The Three Mistakes of My Life and 2 States, comes another gripping tale from the heartland of India. Are you ready for the revolution?

Revolution 2020 is a book that will not take up much of your time, so give it go! It is high time for a real Revolution to take actually take place. I would want every Indian youth to read this one. It is our country and we need to take charge of it. Chetan Bhagat does an excellent job yet again of making readers believe that everything is possible. You do not necessarily have to be grand to do something, you just need to believe in yourself and what it is that you want to do. Make way for the rock-star and a new generation! 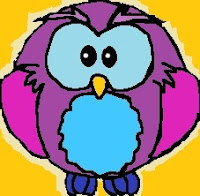 X 4
For those of you who haven't heard of Revolution 2020 but would like to check it out, you can do so right here on Goodreads.