Release Blitz- Up in Flames by Kelly Hashway

Hi, everyone! I'm very excited for today's post, which is actually a social media blitz, but I thought, why not make it into a post and get y'all to participate as well? If you'd like help spread the word about author Kelly Hashway's Up in Flames, use any of the following to contribute your bit! Feel free to use any of these on your social media until April 17, and do check out the author's social media links, below in the post.

Tag if possible by @KellyHashway, using FB LINK
On Instagram, you can tag @Khashway in the photo.

Twitter:
UP IN FLAMES by @KellyHashway is available now + #Free on #KU!
#UpInFlames Amazon link'

Release Week: Social Media Blitz for UP IN FLAMES by Kelly Hashway 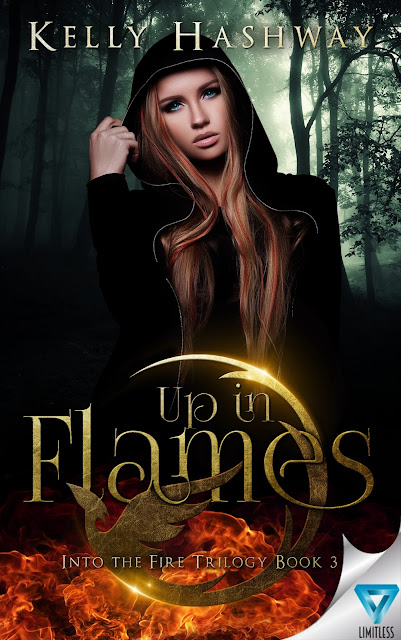 Seventeen-year-old Cara Tillman is in more danger than ever.

All around her, Cara’s fellow Phoenixes are being attacked. With no other choice, she and her group take the only option they have—call more Phoenixes out of hiding and wage an all-out war against the Hunters. But with the lines of loyalty blurred, and Phoenix secrets to be kept, there’s no guarantee anyone can be trusted.

Logan Schmidt walks the blade of love and obligation—and just one slip may end them all.

After stealing the Phoenix dagger and going into hiding, the Hunters are convinced Logan is one of their own. But with Cara’s memories recovered, her heart is set on Logan’s return. The problem is, she may be the only one who trusts him.

It isn’t long until Logan’s disappearance is noticed by his long-time friend, Anton Botas, who is more than just an outsider. Though Logan trusts him, the Phoenixes do not, opening yet another fault line in their plans.

Where there is one, there are many.

Determined to end this once and for all, Cara and the others must destroy the Phoenix daggers—the only weapons able to kill her kind. But in a raging battle, Cara learns the awful truth about the relics. Destroying them may destroy the Phoenixes in the process.

Can Cara and her friends end this war, or is their future destined to go Up In Flames? 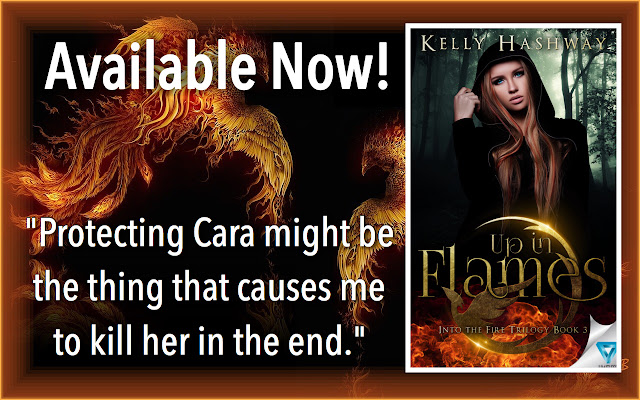 All Links for Kelly: