Review- This Lullaby by Sarah Dessen

When it comes to relationships, Remy doesn't mess around. After all, she's learned all there is to know from her mother, who's currently working on husband number five. But there's something about Dexter that seems to defy all of Remy's rules. He certainly doesn't seem like Mr. Right. For some reason, however, Remy just can't seem to shake him. Could it be that Remy's starting to understand what those love songs are all about? 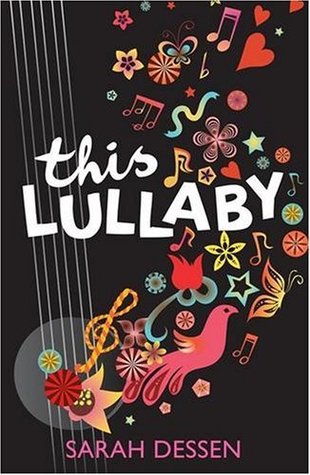 I have only read one book by Sarah Dessen till date and that didn't go so well for me. But I didn't want to give up on her because so many people have raved about her. That is the reason I decided to pick up This Lullaby which is one of her older books. I do understand now why people love Sarah Dessen so much but I know that I would have enjoyed this book more if I had read it a few years earlier.

This Lullaby is Remy's story. Remy hasn't had an easy life. With her mother's fifth marriage, Remy doesn't believe that relationships can actually last. All she wants to do is get out the small town she is living in and finally start living life to the fullest. Remy was a cynical person but it was easy to see why. There were so many things changing in her life and she was just trying to catch up.

But Remy doesn't expect to meet Dexter. Dexter is messy and impulsive and pretty much the opposite of Remy. But he pursues Remy hard and Remy, thinking it will just be a summer fling agrees to go out with him. But things get messy real soon when Remy is in danger of really falling in love with him. I liked Dexter. Though we don't get his point of view, you can see he is smitten with Remy.

The book is not just about romance though. I liked Remy and Dexter's relationship but what I loved more was Remy's friendship with her best friends. The girls were pretty awesome sticking by each other through thick and thin. I also found Dexter's band mates to be quite funny with their potato songs.

This Lullaby is Remy's journey of trying to figure things out in life while believing that love can last. Like I said before, I would have enjoyed this book even more if I had read it a few years back but I still appreciate it. Sarah Dessen has an engaging writing style and I enjoyed This Lullaby.