Review- Daughter Of Smoke And Bone by Laini Taylor

Around the world, black hand prints are appearing on doorways, scorched there by winged strangers who have crept through a slit in the sky.

And in the tangled lanes of Prague, a young art student is about to be caught up in a brutal otherwordly war.
Meet Karou. She fills her sketchbooks with monsters that may or may not be real; she's prone to disappearing on mysterious "errands"; she speaks many languages—not all of them human; and her bright blue hair actually grows out of her head that color. Who is she? That is the question that haunts her, and she's about to find out.
When one of the strangers—beautiful, haunted Akiva—fixes his fire-colored eyes on her in an alley in Marrakesh, the result is blood and starlight, secrets unveiled, and a star-crossed love whose roots drink deep of a violent past. But will Karou live to regret learning the truth about herself? Things That Remind Me Of...: Daughter Of Smoke And Bone by Laini Taylor

Laini Taylor's Daughter Of Smoke And Bone has been one of the most creative, exquisite and stunning book that I have read. It is a powerful story about love between an angel and a devil, a tale about forbidden love and a whirlwind of some new, innovative, intricate and simply impressive concepts. The book truly is a piece of art in itself.

Karou, the protagonist, perfectly balances both her roles in life; one as a normal art student and the other as an errand runner for a strange creature. Brimstone, Issa, Twiga, Yasir and Kishmish are Chimaera, creatures who exist behind portals, creatures who are made up of two or more distinct creatures residing in one body. As unusual as they may seem, all of them are super friendly, imaginative, dazzling in their own ways and most importantly, they are the only family Karou has ever known. For as long as she can remember, Karou has always had blue hair and one eye tattooed on each of her palms.

Set in Prague, Daughter Of Smoke And Bone is filled with charm and mystery. Karou's errands happen via portals that transport her from one part of the world to another. So in just one book, we move from Delhi to Paris to Riyadh to Marrakesh. The book is a fast-paced, detailed and prim journey.

As a protagonist, Karou was simply gorgeous. She was a nice girl who was smart and brave. There is a lot that comes crashing down on her and her side of the story was absolutely understandable. Karou begins questioning her existence and being when she meets the fierce, unflawed and totally gorgeous angel, Akiva. Secrets are revealed and the past is revisited which makes Karou realise her role in this rather strange yet exquisite world. Karou's past was so enticing. There was so much to learn, so much to see, so much to understand and so much to admire, adore and revere.

Daughter Of Smoke And Bone is full of gorgeousness and pure magical moments. It is the most creative story with a stunning plot. The gorgeousness of the book goes to the extent that the names used in the book are also very different and impressive, my most favourites being Kazimir (Karou's ex-boyfriend), Suzanna (Karou's best friend), Magridal (I can't tell you who she is, you will have to find out for yourself) and even all the lovely Chimaeras.

Honestly, words are not enough to describe in depth the sheer beauty of this novel. Laini Taylor is a genius. The story is different, keen and stimulating; the writing is sharp, delicate and elegant, the characters are impressive, innovative and intricate, the overall book is simply pure gorgeousness. A lovely tale of forbidden love, Daughter Of Smoke And Bone is really an exquisitely crafted and thoroughly interesting novel that took my breath away. 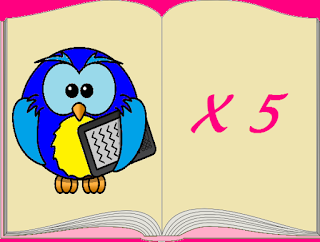