Hello! Today, we have with us author of Final Cut, Uday Gupt, who as joined us for an interesting author interview. I have the book on my review pile and am looking forward to it. Until my reading and reviewing are done, we did this cool interview with the author. So let's get on to the post we have for you! 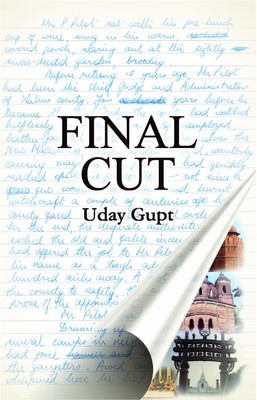 ABOUT THE BOOK (GOODREADS SUMMARY):

Six fast-paced, gripping short stories and a short novella, each with a Final Cut -- a surprising, unexpected and intriguing twist in the last paragraphs. In Hodsons Gold, a quest for the legacy of one of the most colourful characters of the Indian Mutiny of 1857 leads, via a poem in code and a coded poem, straight to a thoroughly startling address in Delhi. Two boys grow up, together after a fashion, in the 1990s and 2000s in Bishnupur, West Bengal and Kolkata, in Friends and their growing up years trigger an international sensation when revealed. Shooting for an improbable 4th Pulitzer Prize, a three-time winner arrives in Kolkatas Red Light district to discover, even more improbably, that It Happens Only in India. After setting up a roaringly successful business and after thirty-seven years, Will Reena? -- readers are asked, in the only short novella in the collection. It turns out, in The Last Supper, that the human models for a painting done over two hundred years ago in Kolkata were keepers of wholly unexpected secrets. On a Buddha Purnima day 2,000 years ago, the holiest day in the Buddhist calendar, a miracle occurs in Sarnath near Varanasi that should, by rights, have been recorded long ago in an immensely better book than this. And finally, in the story that lends its name to this book, magic, religion and celebrities combine in the Kolkata of 2011, to lead to a very different Final Cut. 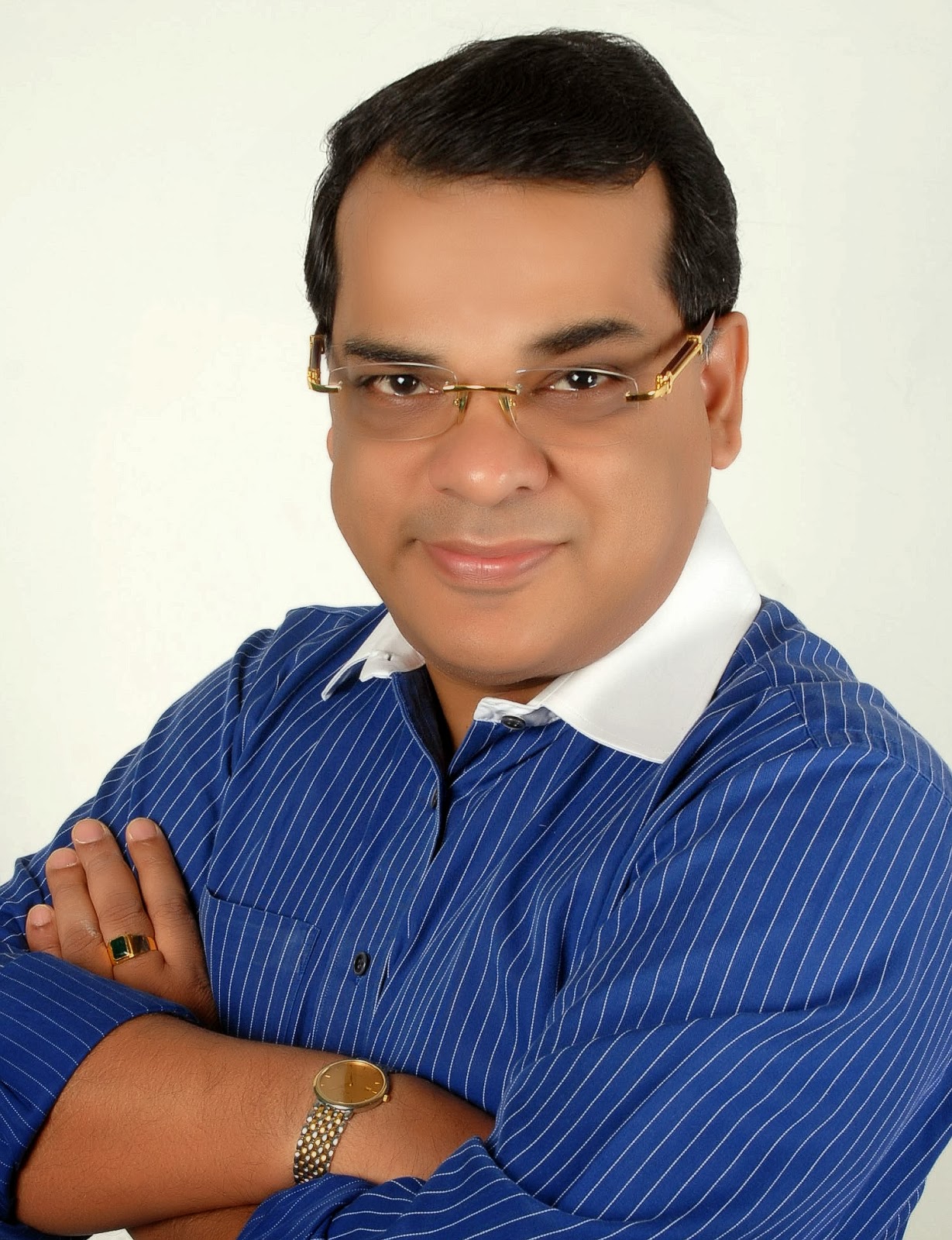 Uday Gupt has been a career banker for over 20 years and, after two decades of managing business lending to India, the Middle East, Asia, North Africa and Asia Minor, he currently works for one of the largest banks in the Middle East in Abu Dhabi. He visits India -- where the stories of this collection are set -- several times every year.
He has been a regular contributor of opinion pieces on economic issues to newspapers and publications. This is his first collection of fiction.
Uday grew up in Delhi, where he attended institutions that have produced some of the best talent on the Indian writing scene, St. Columba’s School, St. Stephen’s College and the Delhi School of Economics, and then finished his education from IIM, Ahmedabad.
He lives in Dubai with his wife and two children.

Hi, Uday! Welcome to The Readdicts. It’s a pleasure to have you stop by our blog today and we hope you have a great time answering our questions.

I grew up in Delhi, and went to a succession of alma maters that have produced some of the best writing talent in India: St Stephen's, Delhi School of Economics and IIM (Ahmedabad). Unfortunately, like hordes of IIM graduates, I then joined the stampede to a bank during placement season, and have stayed parked in one ever since, except for a hiatus of 3 years. It's only been a few years since I started putting down the stories that have buzzed and chased around inside my head ever since I was a kid.

2. Did you always want to be an author? How did you get into writing?

I was dragged kicking and screaming into writing by my boss, about a decade-and-a- half ago in Kuwait. A local newspaper wanted a piece on Gulf economies, and who better to grind it out than the recently-joined young puppy? After that, articles on eco-politics kept rolling out (very) sporadically, and then regularly after about 2010, for local papers in the UAE. I realised a year later that the articles were getting more and more fun to read, and less and less the standard dead-as-a-class-lecture, yawn-inducing eco polemical. It was then that I started putting down the stories in my head.

3. Tell us about your book, Final Cut.

Six short stories set in Northern and Eastern India, and a short novella set in Delhi. Each story has an unexpected twist(s) in the end. The actual settings range from a Buddhist monastery 2100 years ago (that’s a huge giveaway re the ending – think – what’s the mega-event that happened 2100 years ago ?!) to the flourishing red light area of Kolkata, Sonagacchi, circa  2012. Even though I blush to say it myself, pick up the book and you’ll be hooked !

4. What inspired to write Final Cut?

Errr…(I’m blushing deeper at the dumb answer coming)…nothing. As I’ve said, I’d told myself stories I was young, and these were what I started putting down. In a more prosaic, literal sense, my job commute is also my inspiration. I work in Abu Dhabi and live in Dubai 140 kilometres away, about four hours the round trip. These hours are my cranium time: by the time I’m in office or home, I often have several hundred words ready to be vomited into a computer.

Absolutely and compulsively. I’m the sad type who, when my Kindle battery’s died on me and I’m alone in a restaurant, re- and re-re-re-reads the menu. You’d refuse to publish my list of fave authors because it’d be so long: I ingest huge and variegated varieties of literature and not-so-literature. The list starts with Vikram Seth, Amitav Ghosh, Will Darlymple, Geroge Macdonald Fraser…and my top list  would be everything written by those gentlemen I guess (Didn’t I just say I’m into unmanageably large lists ?)

6. What do you do when you’re not writing?

Forex charting. I’m one of the handful of formally qualified chartists in the Gulf.

7. Why should people read your book?

For kicks. My book’s an out and out entertainer, in a grown-up, non teen-fiction, non chick-lit way. (I hope).

8. Describe Final Cut in one sentence!

Riveting short stories for the thinking person. Even  a slightly-lightly thinking is fine.

9. What are your plans for the future? Any new book in the making?

Yes, of course. As I’ve said elsewhere, I hope to write until about an hour before I die. The next book’s in the works. (As usual several ideas are doing the skull-buzzing –‘n’-chasing).

10. Tell us a random fact about yourself or simple tell us some random incident of your life!

My ‘arty’ fix was originally singing (Rabindrasangeet, Dhrupad) and I’ve spent decades learning and practicing. I had an operation in 1999 that deprived me of much of my hearing. There’s no point in singing if you can’t hear the music and/or miss your cues: I gave it up. So there you have it: the arbit, random fact.  When’s the last you heard of half-deaf author ?

Thank you so much for taking the time out to answer our questions, Uday. We wish you all the very best for your future.

Thank you, readers, for stopping by and I hope you liked the interview!