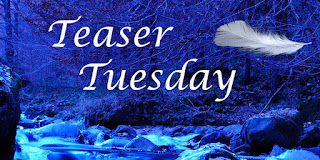 I swore to myself that if they hurt him, I would kill them all one by one, the very moment I could. A movie line replayed in my mind: Revenge is a dish best served cold.
-Spectral by Shannon Duffy

Convinced she’s a part of the witness protection program, sixteen-year-old Jewel Rose is shuffled around the globe with her family like a pack of traveling gypsies. After arriving at lucky home twenty-seven, she stumbles upon a mysterious boy with magical powers claiming to be her guardian... and warning of imminent danger. Despite the obvious sparks between them, Jewel discovers a relationship is forbidden, and the more she learns about dark, brooding Roman, she begins to question who she can even believe—the family who raised her, or the supposed sworn protector who claims they’ve been lying to her all along. As she struggles to uncover who her family has really been running from, she is forced to hide her birthmark that reveals who she is. With new realities surfacing, unexplained powers appearing, and two tempting boys vying for her heart, Jewel battles to learn who she can trust in an ever growing sea of lies, hoping she’ll make it through her seventeenth birthday alive.

What's your teaser for the day?