Kelley York's Hushed is an emotionally powerful and absolutely beautiful read. Even though I said that I have a love-hate relationship with the book, I lean more towards the love part of it. 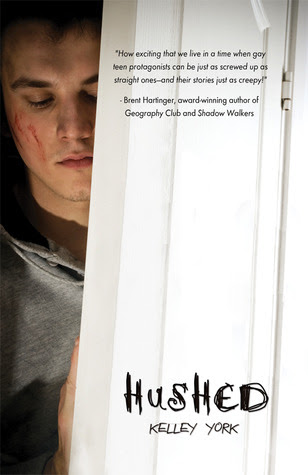 There were some really beautiful lines in the book that I am jotting down here!

~He wanted to reach out and grab hold of whatever this was between them. This feeling he couldn't put a name to that his mind whispered of desperately.

~"No, I'm asking you to choose between slowly killing yourself, and someone who loves you."- Evan

~He was the monster. No one would miss him. Wasn't he just as unworthy of life as the people whose lives he'd taken?

~Alone had to be better than this. Terrifying, but better.

Evan has said some of the most beautiful lines!
The last quote about free will is my favourite.