From Bonnie Erina Wheeler, the author who brought you Fate Fixed, comes the second installment in the Erris Coven Series, Blood Twist.
Find out what happens to the Erris Coven when Lexie's BFF Liz comes to town.
Braden Murphy knew he was going to die. There was a twist to his family secret – one that was forced upon him from the time he was a child. For years he envisioned his final days and tried to be strong enough to leave his family. Now that it was time, he was ready to make good on a deadly promise. Except for one unexpected glitch, a raven haired beauty insisted on joining him.
Liz Sanders thought her best friend’s stepfamily was weird, but she never would have guessed they were werewolves. Now Liz must travel with a secretive half-vampire in search of a lycanthropy cure. Landing in a nest full of blood thirsty vampires wasn’t on the agenda, but neither was falling in love.
Braden is tempting, but Liz’s feelings for him are complicated. She wishes he would open up about his past and give her a reason to trust him.
Just when Liz thinks she can let her guard down, she’s forced to confront the evil that has been stalking Braden’s past for years. Death is here and ready to destroy everything they've fought to save.

Bonnie Erina Wheeler is a lifelong resident of New England and a University of Connecticut student.

Having grown up in Berkshire County, Massachusetts, Bonnie discovered her love of writing early on, but did not begin writing novels until May 2011. As the daughter of author, Glen William Ruane, storytelling and world building is a family affair. Bonnie’s daughter, Miranda E. L. Wheeler and son, Robert D. Wheeler, share in the family’s passion and have both published in the last twelve months.

When not in class or working on her next novel, Bonnie enjoys spending time with her husband, Jerry. Together the two have been writing their own special love story since marrying in April of 1995. Their children Miranda, Justin, and Bobby give them great joy. Their family is made complete with the addition of Petey, a Spanish water dog, they adopted from their local pound.

Bonnie’s plans for the future include writing more novels in the Erris Coven Series, as well as, writing several contemporary young adult novels that have been in development for some time.

Today Bonnie will be sharing with us some of her favorite bands/songs which remind her of any scenes or characters from Blood Twist.

I am a huge music fan. In fact, I cannot imagine trying to write without my headphones playing my favorite playlist. In Blood Twist, my character who thinks of himself as Death, does have a song I always enjoyed listening to while writing his scenes. It is “Night of the Hunter” by my absolute favorite band 30 Seconds to Mars. Death certainly thinks of himself as a hunter and I love the feel of that song. Truth be told, I listened to that band while writing all three of my novels and the fourth novel I am writing now. Now Liz, being that she has gone through a lot in her short life, has a variety of tunes I would write to while creating her world. When she was feeling betrayed by Braden, I was playing “We are Broken” by Paramore and “Cut” by Plumb, but, when she was happy and really feeling strong feelings of new love, I played “Boom” by Anjulie. Now for the brothers, Braden was totally a “Keep Your Hands off my Girl” by Good Charlotte and Riley was “Think Twice” by Eve 6. I love music and think it is a wonderful way to get into your character’s heads. I hope this gives you a little peak into mine. :)

Blood Twist is the second book in the Erris Coven series. You can find my review of Fate Fixed, the first book in the series here. Blood Twist continues right where Fate Fixed left off. It is necessary to read this series in order because the story progresses that way and you get to know more about the characters. Also, there are a lot of things happening simultaneously and the consequences which the characters have to face are of their actions in the previous book.

Braden Murphy,is the oldest of the four cousins which comprises of Braden, Torin, Cian and Teagan. In Fate Fixed Braden came off as an uptight and overprotective brother but in Blood Twist you come to know so much more about him. Braden has a past which haunts him and you can see how things have been for him which makes him the way he is.

Liz is Lexie's BFF who's come to help out Lexie and her family. Liz is outspoken, fun and kick ass. She's hilarious and isn't afraid to say what's on her mind. It comes off like she doesn't give a damn what anyone thinks about her but when you get to see who she really is inside you can feel her vulnerability. I loved Liz's character in many ways.

Braden and Liz are truly opposites. But opposites attract and they sure as hell do. I loved the romance between them. Braden and Liz have good chemistry and try as they may they can't help but drift towards each other.

There were many other characters as well whom I loved in Blood Twist. Riley is like the perfect definition for the word tortured soul. Things were left open with his story and I really hope we get to see more of him. Also, the tension between Cian and Brooke by the end of Blood Twist was searing. I think Soul Kissed which is the next book in the Erris Coven series is going to be about Cian and Brooke and I'm really looking forward to it.

Unlike so many sequels Blood Twist does not disappoint. In fact it just gets better. We get to see more depth to the characters and the story. The writing is fabulous and keeps you going through. There is lots of romance, action and mystery. If you haven't read this series yet I really hope you give it a try.

*Note: We would like to thank Supagurl Book Tours for providing a copy of this book as a part of the blog tour in exchange for an honest review. 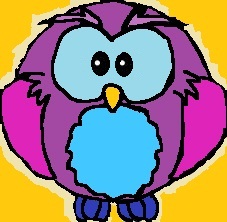