Hello, people! Today we have for you a Book Blitz post hosted by Asli @ Yah Gotta Read This for author Sarah Dlatry's book, Star of Bethlehem. Look below for all the book details, a short and sweet excerpt and the cute cover! 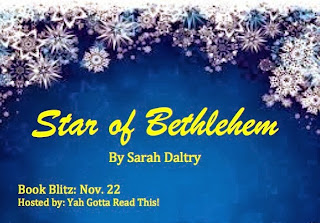 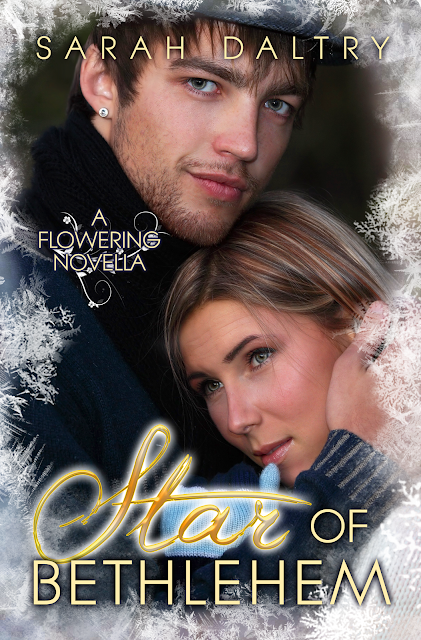 Jack and Lily have navigated his past, her desire to move on from her family’s demands of her, his depression, and her loneliness. Now, on New Year’s Eve, they have an entire year laid out ahead of them. First, though, Jack needs to meet Lily’s family, to be welcomed into her life. It’s intimidating, but with a sweater that is way too hot and his grandmother’s ugly car, he arrives at Lily’s gleaming house on a hill, ready to open himself up completely to her.

Inside the perfect, sparkling house, Lily waits for the boy she has come to love. But Lily’s house and family are a lot like her – shiny and pretty on the outside, with a sad emptiness on the interior. Lily wants to give Jack the one thing he has always dreamed of – family and love – but can she keep him from seeing how hollow a lot of the picture perfect life he fantasizes about really is?

This is a novella length work that follows Forget Me Not and Lily of the Valley.


I take his hand and pull him down beside me on my bed. I feel so complete in his arms, as if nothing can go wrong when he holds me. It’s all the other stuff. The world, people, pressure. Maybe it’s a little fear that things just ended with Derek. That one day, as quickly as I fell for Jack, I also fell out of love with Derek. I don’t have enough experience to know if that’s normal. What if it happens again?
“What? Tell me,” Jack whispers.
“Have you ever felt like your entire life is some surrealist’s joke? That you think you’re in control of it, while really, you’re probably just…”
“A melting clock?” he finishes and laughs. I look at him, disappointed that I can’t explain it, but also relieved that he doesn’t care.
“All the fucking time,” he says. “I know you’re scared. I know I’m scared. But I seem to remember you telling me that I should remember what matters. I made you a promise, princess. Yes, your house intimidates me. Your life intimidates me. Hell, loving you intimidates me. But I’m in this. I’m here. Present. Entirely. I’m looking only forward. And all I see is you.”
“Take the damn book,” I tell him. “I just wanted to show you that I have faith in us. It was a conscious decision to give you something that was a very special gift to me, to tell you that I trust you with it, because I trust you to be there. Long term.”
He takes me in his arms and kisses me. I decide I won’t stop him if he goes further, but he doesn’t. Our bodies crackle with the energy between us, but as much as the sex thrills me, Jack does so much more for my mind than his body could even do. I can’t believe how alive I feel when he’s near me. Perhaps it’s selfish. Perhaps it’s desperate. But I want him here in my life; I want him with me, because I love being this aware.
I speak against his cheek, while his hands slowly explore my body. It’s sensual but not sexual. He’s studying me like a work of art. “I don’t want to fall out of love with you. I thought Derek was all I ever wanted. I don’t want to be in the same place with you a year from now.”
“You won’t be,” he tells me.
“How do you know?”
He kisses along my face, brushing his lips against my cheek, my forehead, my nose, but never reaching my mouth. “I don’t know how. But I do.”
I love that he can put aside his doubts to ease my own. I know Jack’s had so much trouble in his life, and the fact that he can comfort me, when my problems are so petty and stupid in the scheme of things, is one more thing I love so much. “I know I’m shallow. But I don’t want to be, Jack.”
“You’re not shallow. You’re not empty. Anything you think of yourself – it’s crazy. If you want to talk about surreal, it’s the fact that you think you’re less than something. Maybe you didn’t get shit on the same way I did in high school, but clearly, people have underestimated you. They missed out on you. And you have every right to be hurt. But, Lily? No one will ever hurt you again.”
I smile. “Thanks. I’m sorry I’m being so moody. It’s probably hormones or something. I think I’m just frustrated.”
“Yeah?” He laughs. “Well… I mean… I can help you relieve some of that.” 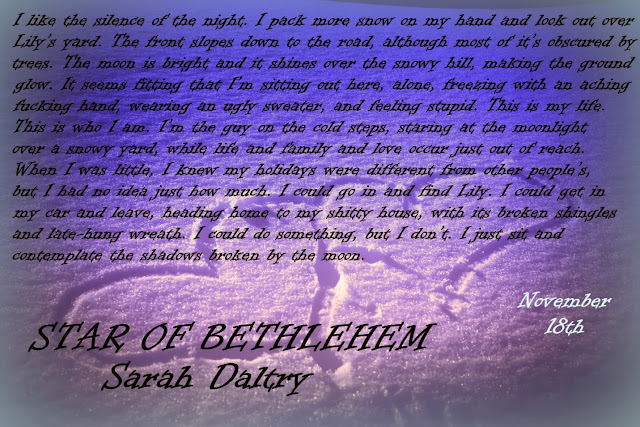 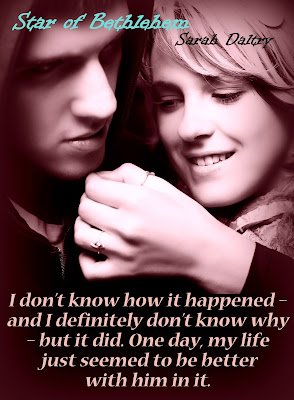 FORGET ME NOT PURCHASE LINKS:

LILY OF THE VALLEY PURCHASE LINKS:

Sarah Daltry writes erotica and romance that ranges from sweet to steamy. She moves around a lot and has trouble committing to things. Lily of the Valley is her third full length novel, although she also has several story collections and two novellas available. Her other novels are Forget Me Not, the story that tells Lily’s version of events, and Bitter Fruits, which was available shortly, but is now in the contract phase with a major publisher. When Sarah isn’t writing, she tends to waste a lot of time checking Facebook for pictures of cats, shooting virtual zombies, and simply staring out the window.

Thank you for stopping by and happy reading!