Karmic Kids
The Story of Parenting Nobody Told You !
by
Kiran Manral 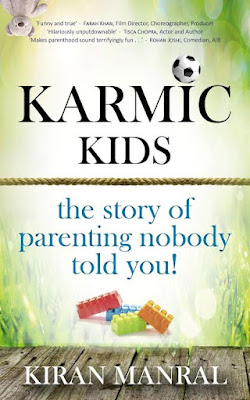 Move aside Tiger Mom and forget Helicopter Parenting, Karmickids is the view from the other side of the fence – of laid back parenting, of giving in to food jags, of making unstructured play time mandatory and of not bursting a blood vessel when your child’s grades are not something you might want to discuss in public.

A roller coaster ride of love, laughter, and a few tears, Manral takes you through the beautiful chaos of the early years of parenthood. Written in a gently humorous style, this home grown, hit-the-ground-running account of the chaos of day-to-day parenting is peppered with anecdotes, reminiscences, a little practical advice and is a non-preachy, hilarious take on raising a spirited child while retaining one’s good spirits through it all.

What others say about Kiran Manral

“I enjoy reading Kiran’s books. The genre of easy reading and happy reading with inevitable style, she keeps you hooked on the book from the first page to the last.”-- Tisca Chopra, actor

“This quick paced, fun new book had me enthralled.”--Tara Sharma Saluja, Actress and Co-producer and host of The Tara Sharma Show
“Kiran's writing style is witty, humorous and makes you think. She has a penchant for making even the most mundane, interesting because of the razor sharp observations, served with a dollop of dead-pan humour.” --PreetiShenoy, bestselling author

“Kiran's writing is that rarity in today's world - the ability to be really good without taking itself too seriously. This is writing that is effortless in its humourand also its fluidity. It asks not for heavy literary criticism but for a certain laid-back enjoyment.” --Parul Sharma, bestselling author

"Kiran's stories are fun, engaging and always fresh - and her droll style, of course, inimitable!"-- Yashodhara Lal, bestselling author
“Kiran's writing is delightful, her wit inimitable and her sense of romance untarnished by cynicism that is so typical of our times.”— ShunaliKhullar Shroff,  bestselling author

“Kiran Manral's sparkling sense of humour leaps off the page, every page. Her blog posts, books and columns have given me great joy over the years. She has a distinct original voice that brought a breath of fresh air in the world of Indian Writing in English.” – Devapriya Roy, Bestselling author 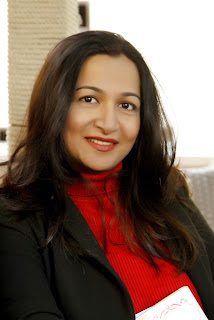 Kiran Manral worked as a journalist with The Asian Age and The Times of India before she quit full time work to be a full time mommy. One of the leading bloggers in India, her blogs were listed in Labnol's list of India's top blogs, and her parenting blog, Karmickids, was ranked among the top five parenting blogs in India by Blogadda. She was also a Tehelka blogger columnist on gender issues.

Her debut novel, The Reluctant Detective, was published by Westland and her second novel Once Upon A Crush, was published by Leadstart a couple of years later. Her third book All Aboard!was published by Penguin Random House in August 2015. Karmic Kids is her fourth book and first nonfiction book. She has one more book due for release in 2015.

She is on the planning board of the Kumaon Literary Festival, an advisor on the Board of Literature Studio, Delhi, an Author Mentor at sheroes.in and a columnist at iDiva.com. She was awarded the Women Achievers award by Young Environmentalists Group in 2013. 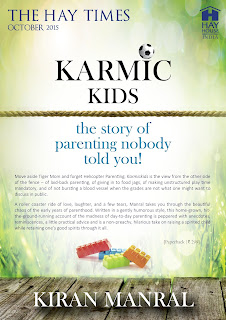