Review- 10 Rules of F**G Around by Vicky Arora

Ronnie is 18 and wants to hook up with as many hot chicks as possible. Since practice makes a man perfect, he practices every day with different partners or multiple partners. His philosophy: Footiyas will choke themselves with just one girl. Footiyas? Oh, the guys who go to an ice cream shop if their girlfriends say 'I like chocolate flavour' and not to the chemist.He shares his flat with DJ who has perfected the art of happy hour nights. To DJ, even an easy addition sum of 1+1 equals to 'happy hour'. And there's Bhaskar - cute, studious, nice guy, whose assignments everyone copies. He thinks no girl likes him and wants a girlfriend desperately.Ronnie decides to help with his 10 rules, which when applied correctly can get anyone the girl of their dreams. Rules which are a sure short way of helping him get a girl. But the rules can also get them in trouble if they backfire and unleash the wrath of a woman scorned. Will his rules help them mount the pinnacle? or will Ronnie fall short of expectations? 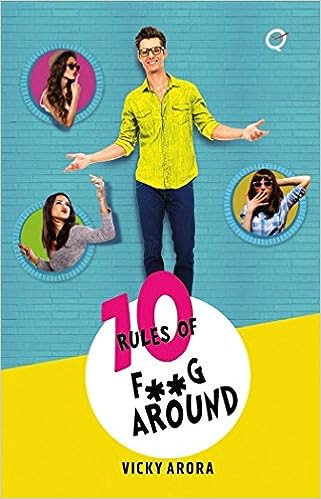 From the looks of it, I had a feeling that 10 Rules of F**G Around would be a silly yet funny read, and that is exactly what it turned out to be. I do mean funny in a very positive sense, because the book made me laugh many times. However, when it comes to silly, the book was very dumb to the point that all the sexist thoughts in it annoyed and irritated me to no end. So while it was comic most of the time, I cannot possibly deny the fact that it was way too sexist and full of female objectification for my feminist taste.

10 Rules of F**G Around is written in the first person's point of view where the reader gets in the head of spoilt brat Ronnie Kapoor who is a self-proclaimed bad boy and hence, considers himself a charmer. Now I have nothing against bad boys and self pride, but the whole playing games to get the girl (in bed) drama was simply unnecessary and immature. I mean, Ronnie wants every other girl he sees to sleep with him and that's unacceptable. At least, there was some conversation between him and the girls, so the book wasn't all about sex. Thank heavens! However, the excessive use of Hindi in an English book and the ridiculously pathetic mention of Honey Singh songs almost regularly got on my nerves.


Like I mentioned before, the book did make me laugh because of Ronnie's sense of humour and that's the reason why it gets an extra star from me, but when I look at it closely, I cannot bring myself to accept, let alone like, the book. For a quick read, yes, it was fun, silly and helped pass time, but true as it could be, I just detest reading about boys who only look at women as sexual objects. If it weren't all about getting the girl in bed, but just about Ronnie's life in general, I would have thought of liking the book more.

*A copy of 10 Rules of F**G Around by Vicky Arora was provided by Quickies- Srishti Publishers and Distributors in exchange for an honest review. We thank them for the book. 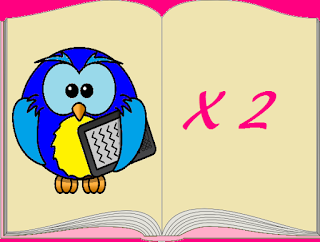