Book Blitz- Beyond the Milky Way by Aithal

Beyond The Milky Way by Aithal
Are We Alone? 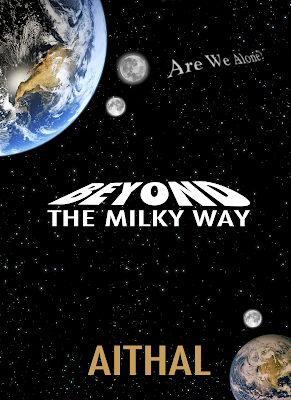 Blurb
Are we alone?

Three astronauts go to the space in search of a planet that ‘probably’ has water—one of the basic elements for the humanity to survive. Do they find it? What else do they find? They encounter something—something strange—beyond their wildest of imagination, and their ‘mission-to-explore’ becomes ‘mission-to-survive’.

They experience something that makes them question their beliefs. It brings into focus all the things they had taken for granted—everything they had seen and learned—doesn’t seem to apply any longer.

Something happens along the way that makes them yearn to come back to Earth. After all, home is where the heart is.

This is not just-another-science-fiction. Rather, it will make you question your own beliefs—may they be scientific, religious, political, or something else.

In the first installment of the Galaxy series, find out about the strange world they discover.

The author was born and raised in Mumbai, India. He came to the US in 1989 to New York. He currently resides in Los Angeles with his wife and two children.

Thank you for stopping by, and happy reading!

Email ThisBlogThis!Share to TwitterShare to FacebookShare to Pinterest
Labels: Aithal, Are We Alone, Beyond the Milky Way, Book Blitz, TBC