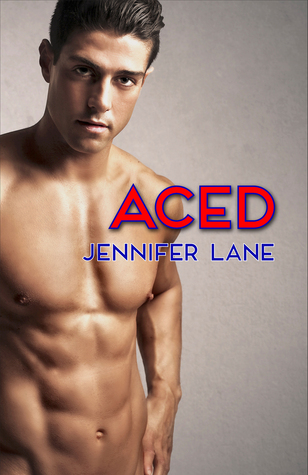 Read my review of Blocked (Blocked #1) by Jennifer Lane

If you liked author Jennifer Lane's Blocked, you will love Aced. Trust me. Because I really liked Blocked and I ended up liking Aced even more. The combination of sports and politics was brilliant in the first book, so naturally I was looking forward to read more of the same. And oh my God! I instantly fell in love with Maddie and Alejandro.

Maddie is a volleyball star and studies medicine at Highbanks, where she is friends with Lucia. The two girls have been with each other through thick and thin and it was really nice to read about this beautiful friendship. Maddie was a sweetheart. I liked how she was portrayed as a real and very relatable 21 year old girl, who is strong, intelligent and independent but also vulnerable, sensitive yet super sweet. During one of the games, Maddie meets Lucia's bother, Alejandro. Sparks were literally flying off of the pages of the book and the chemistry between the two was amazing.

Alejandro is son of the president of America and he is charming- oh, so charming. Alex is an innocent boy until he falls head over heals in love with Maddie. His portrayal was a fresh change in New Adult, and a change I really liked and appreciated. He wasn't your normal bad boy sleeping around with girls and pretending to be the coolest of the lot. Rather, Alex is a hardworking and respectful person who, beyond anything else, is a wonderful soul. His love for Maddie was so cute and it had me smiling most of the time.


What I loved the most about Aced was the very realistic portrayal of Maddie and Alex. It's not often that book characters end up being just like normal people that you and I know or that may be you and I. But Jennifer Lane nailed it, and it was fabulous. Not just Maddie and Alex though, there were also families from both sides who were portrayed excellently and it was fantastic to get to know Maddie's family and meet Alex and Lucia's young brother Mateo and their parents again. The sports and politics added to a lot of fun and drama. I enjoyed getting a glimpse into the White House and getting a hint of how it works.  It was all excellent.

It's not often that I read or even like to read romances, so the few authors who are my exceptions when it comes to the genre have to be good at what they do. Clearly, Jen does an amazing job because I always end up liking her stories and in the case of Aced, loving them too.

*A copy of Aced was provided as part of the blog tour in exchange for an honest review. We thank the tour host and Jennifer for the book. 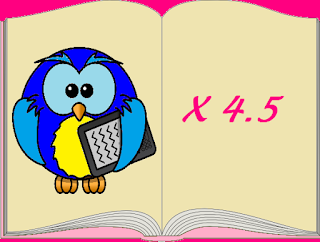