NIGEL THE LAST BRIT IN INDIA
There is chaos and pandemonium in the streets of Madras, and it is up to Nigel (an officer of the Imperial Police) to restore order to the city... only he hasn't quite learned about India's Independence. Yet.

GAYATRI AND THE CHURCH OF THE HOLY VEGETABLES
When the newest and most successful religion (Cabbagism) threatens to bring about the destruction of the world, it is up to a melancholic zombie and a collection of rowdy farm animals to save the earth.

ALIENS, DINOSAURS, PORCUPINES
A porcupine, after setting out on a journey away from home, falls in love with an armadillo. 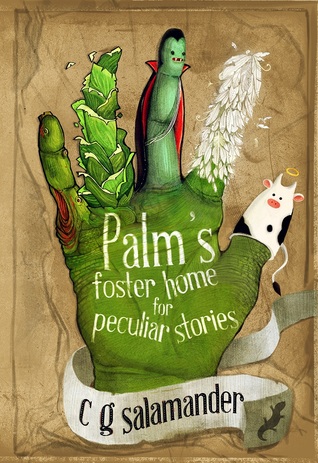 Palm's Foster Home for Peculiar Children is a collection of three short stories titled Nigel- The Last Brit in India, Gayatri and the Church of the Holy Vegetable and Aliens, Dinosaurs, Porcupines written by author C.G. Salamander. Here are my reviews of each story:

Nigel: The Last Brit in India-

Nigel: The Last Brit in India was an amusing and witty story about the last imperial officer in India. At some point or the other, all of us have made fun of colonisation even though it is a serious issue, but nothing beats this story. It was so funny in the way that it deals with Nigel's rather amusing life in India. There were many times when I found myself laughing out loud because the author's sense of humour was on point. I had a fun time reading this story; of which the most fun bits were Nigel's hilarious in-laws and him training Indians for the Queen's welcome.

Gayatri and the Church of the Holy Vegetable-

Gayatri and the Church of the Holy Vegetable was a story that I wasn't very fond of, mainly because I found it very difficult to follow it because of the many sub-stories going on all at once. I found myself getting confused with each new introduction to the story. The jokes and puns, however, seriously had me cracking up. What I also appreciated was the author's extremely creative and out of the box thinking, because who on earth would imagine vegetables talking and having emotions?  I wouldn't, because I find it weird. But other than that, the longest story of the collection was slightly boring and a bit complex. But if that's what you are looking for, then this is perfect!

Aliens, Dinosaurs, Porcupines was a mix of many short stories, most of which were really good. I enjoyed about 60% of this part until it got a little distracting for me. Having said that, I felt that this was the story where the author's creativity and imagination were at their best. The stories were funny, meaningful and complete entertainers. A story about a porcupine, another about crocodile and voodoo, and then one about dinosaurs, another about ghosts and what not- you name it and this part of the book has it all, which made it entertaining.

Overall, it's safe to say that C. G. Salamander's mind works in the most creative, different, quirky and imaginative way possible and that made all the stories in Palm's Foster Home for Peculiar Children, very enjoyable and entertaining.

*Note: A copy of Palm's Foster Home for Peculiar Children by C.G. Salamander was provided by the author in exchange for an honest review. We thank the author for the book. 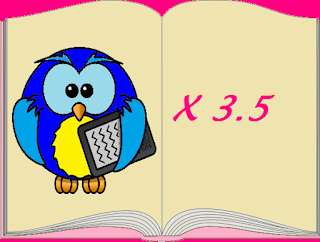