Things That Remind Me Of...

This time I'm making a Things That Remind Me Of... post on one of the most amazing and intricately beautiful books that I've ever read, Daughter Of Smoke And Bone by Laini Taylor.
The second book in the series, Days Of Blood And Starlight is slated for a November 6, 2012 release which is just a few days away and I cannot wait to read it.

Goodreads Summary:
Around the world, black hand prints are appearing on doorways, scorched there by winged strangers who have crept through a slit in the sky.

And in the tangled lanes of Prague, a young art student is about to be caught up in a brutal otherwordly war.
Meet Karou. She fills her sketchbooks with monsters that may or may not be real; she's prone to disappearing on mysterious "errands"; she speaks many languages—not all of them human; and her bright blue hair actually grows out of her head that color. Who is she? That is the question that haunts her, and she's about to find out.
When one of the strangers—beautiful, haunted Akiva—fixes his fire-colored eyes on her in an alley in Marrakesh, the result is blood and starlight, secrets unveiled, and a star-crossed love whose roots drink deep of a violent past. But will Karou live to regret learning the truth about herself?
Things That Remind Me Of... Daughter Of Smoke And Bone: 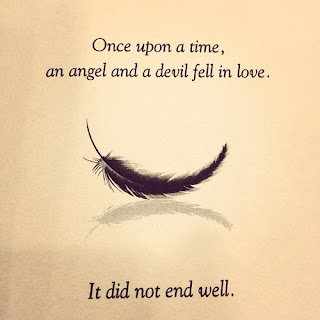 Daughter Of Smoke And Bone  is one of those reads that really opens your creative side and lets your imagination soar!
The pictures I've used for this post are not exactly the way I imagined everything while reading, but it's as close to the general picture in my head as I could manage to get.
The book is set in the fascinating, picturesque and kind of creepy city of Prague in Czech Republic. 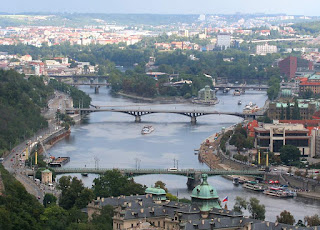 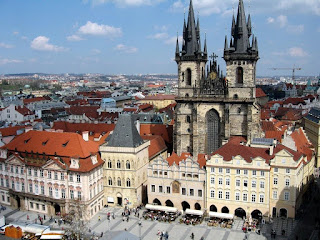 This is how I picture Akiva and Karou, the protagonists. 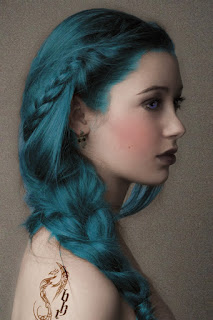 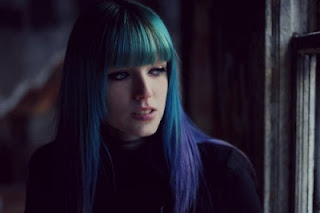 There is an amazing masquerade ball that forms a major part of the story.
And of course, the one thing that always reminds me of Daughter Of Smoke And Bone are the masquerade masks! The one on the cover of the book is so pretty and so are these... 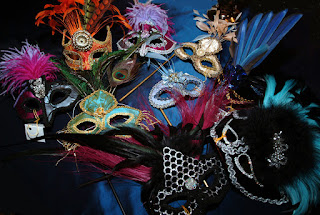 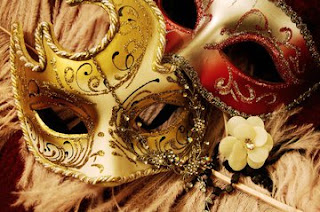 Daughter Of Smoke And Bone  also has some really beautiful names for the characters in it. Some of my favourites are:
Kazimir, Brimstone, Kishmish...
Wow, right?
Here is the official book trailer for Daughter Of Smoke And Bone by Little Brown Books...
For more information, you can always check out The Official Daughter Of Smoke And Bone Website.
This is one of those books that just makes you go "wow!"... It's the kind of book that leaves you amazed and absolutely elated that you read it.
Have you read this book and did you love it?
I did and I am so excited to know what happens next!
Sarika
Posted by The Readdicts at 11/04/2012 05:17:00 pm