Review- My Everything by Heidi McLaughlin

When Nick Ashford lost his friend, Mason, he didn’t realize he was going to lose his family as well, but that’s exactly what happened. Alone and in a foreign country, Nick is working on rebuilding his life one patient at a time, that is, until a striking volunteer makes her presence known.
Can Nick finish his year in Africa without risking his heart being broken again, or is he willing to start a new chapter in his life before his return to Beaumont? 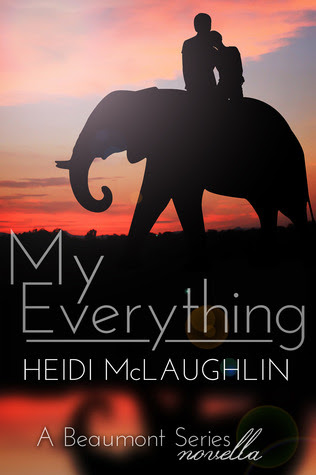 Heidi McLaughlin's My Everything is a novella in the Beaumont series. I absolutely loved the first book in the series, Forever My Girl (my review of which can be read here).
My Everything is the adorable story of Nick Ashford. Nick had a huge crush on Josie, was her partner for many years and helped bring up her kid with Laim, Noah. After Liam got back to Beaumont and things between him and Josie started getting bright, Nick knows he has no chance and he sets out to do some volunteer doctor work in Africa. Africa is where Nick meets his sweet, beautiful and sexy (just as he describes her) wife, Aubrey.
I am not a huge Nick fan. When I met him in Forever My Girl, I wasn't very fond of him. I thought he was being forceful with Josie about marriage and he was just trying to steal Liam's girl  but in his story, you realise he is just trying his best to keep Josie safe and he really cares about her.
Aubrey and Nick's relationship seemed to go really fast and it was hard to figure out exactly where and how the two decided that they were good for each other. Yet, the two seem perfect for each other and you can't help but feel happy that Nick has finally found peace and love and that Aubrey is willing to take care of him and give him everything. When they get married and come to the States, Nick is dying to meet Noah and Aubrey makes sure that happens.
That's where Josie and Liam also come into the picture and it was amazing to see the two together again. I know this novella is about Nick, but Josie and Liam are so cute, I was excited to meet them again. Josie and Liam share a beautiful relationship and although it's difficult for me to look beyond them, I must admit that after My Everything, it's hard to not adore Aubrey and Nick as well. But the best relationship in this novella was between Nick and Noah. The two of them made a strong team and they share a wonderful bond.
Even though the novella didn't make much sense to me, author Heidi McLaughlin has rightly given Nick a sweet story and an happy ending, which he truly deserves after all the hurt he's been through. My Everything was not necessary but it was a sweet read nonetheless and much appreciated before the next book, My Unexpected Forever comes out. 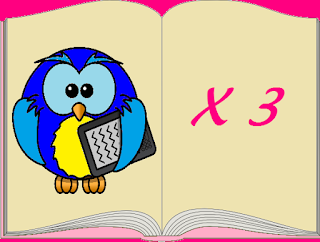