The Cupcake Witch on Goodreads

Buttercream. Vanilla. Fondant. Dark chocolate. Brown sugar. Molasses. Baking has always been my true love, but it wasn’t until my mother’s death, and the unexpected inheritance of Serendipity Gardens, that my bliss called me. Bittersweet. But Serendipity Gardens has more to offer than just a potential shopfront. An unusual recipe box left to me by a distant relative might be the key to unlocking my dreams.

Too bad the most powerful family in Chancellor has plans that could turn those dreams to ruins—literally.

Too bad the son of that powerful family is just the kind of guy I’ve been looking for.

Horatio
I suppose being heir to the Hunter family’s Blushing Grape Winery should make me happy, but nothing could be further from the truth. With my mother gone, my father has taken me under his wing, and I despise everything about the way he does business. Sour grapes, indeed. Instead of raising money for charitable causes, my true passion, I’m chasing my father’s manifest destiny.

Too bad the property owner is the sweetest woman I’ve ever met.

The Cupcake Witch is a stand-alone sweet romance and book 2 of The Chancellor Fairy Tales series. 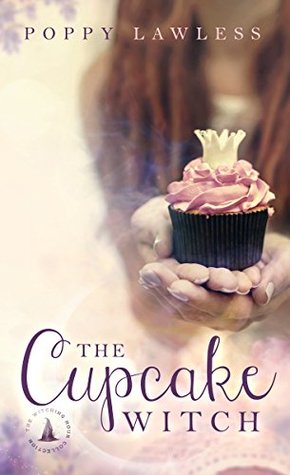 Julie lost her mother to cancer and so did Horatio. While on the one hand, Julie's dad is extremely supportive of her wish to start her own dessert and tea shop with an array of organic products for sale; on the other hand, Horatio's dad is very controlling and demanding and wouldn't have no for an answer. Julie and Horatio meet in a rather bumpy way, but once everything is understood between the two, the relationship between sweet Julie and dashing Horatio was the cutest.

The Cupcake Witch is set in a small town where everyone knows everyone. These setups always give warmth to stories, and make them very welcoming. It was wonderful meeting the town folk and especially getting to know about the bazaars, festivals and entertainment there. Everything just seemed cosy and cute. The townspeople were so wonderful and seemed almost too good to be true.

The most interesting part of The Cupcake Witch was the way the whole aspect of wizardry was introduced. Just when I started questioning the "witch" in the book title, I got the answer I was looking for. The best part of the book, however, was the many delicious desserts and food items that were described in a sumptuous and mouth-watering manner by the author, whose writing was somehow very pretty and her storytelling, quite magical.