We're happy to host an author we adore and were lucky enough to meet, Ismita Tandon Dhankher, and help her promote her thrilling and great book, Jacob Hills. 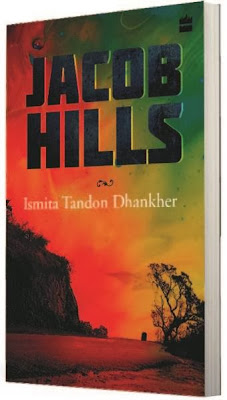 The shadow of the erstwhile British army lingered long after they left the country. Their drinking, smoking, womanizing culture was eagerly embraced by the cream of the crop in the organization. Flirtation is a norm of an elitist, high flying society and it was used to further, both personal and professional agenda.
The seventies and eighties was an era of great suppression, men and women were not allowed to mingle freely. All over the world the hippie movement was on a roll since the sixties but premarital sex in India was seen as an aberration.
Under the garb of British legacy, sycophants and lotharios in uniform thrived and carried on the tradition left behind by the Gori Chamdi.
Every organization has its grapevine, Ismita grew up hearing rumors, snatches of conversation, old wives tales. With an active imagination, the blanks were easy to fill and Jacob Hills was born. 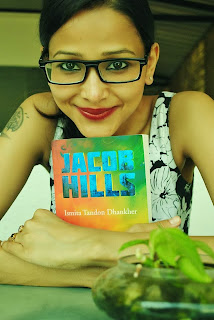 Ismita’s, 'I am Beautiful’ won prize money of 50,000 on the Yahoo-Dove Indibloggers contest. She’s also the author of the romantic thriller Love on the Rocks, a Penguin imprint released in 2011. Her third mystery novel Love Kills is slated for release by HarperCollins India in December 2013.
Ismita went to Sophia College, Ajmer, where she studied Economics, History and Sociology. After acquiring an MBA and doing a brief stint in the Foreign Exchange Division of Thomas Cook, Mumbai, she took up poetry and prose wholeheartedly.
She just finished her fourth novel Secrets We Hide, and is working on The Song of the Sufi Masroof, a book of photographs and poems. Beyond the Hills (Prequel to Jacob Hills) is in the process of being completed.
Ismita blogs and can be reached at Lesser Known Poet.


Thank you for stopping by! And we'd like to take this opportunity to thank Ismita for all the encouragement and support and wish her lots of happiness and success!