Review- The Book of Why by Nicholas Montemarano 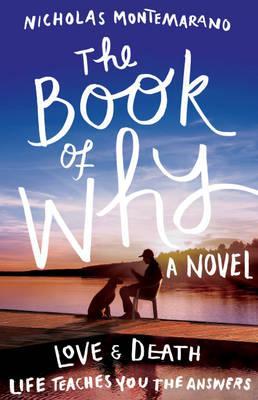 'This is a self-help book. Didn't think it was, but it is. It's also a revision, a question, a confession, an apology, a love letter. This book is for you.'

Eric Newborn is used to dealing with people whose lives are in crisis; he's the bestselling author of several motivational books, and an inspirational speaker. When Eric's wife dies, he finds that grief renders him helpless. There is no easy cure, no platitude to comfort him, no replacement with which to fill the deep trough of his loss. So he retreats, with his female dog, Ralph, to his isolated home on Martha's Vineyard.

Five years later, on a wild, storm-wracked night, a car crashes at the end of Eric's lane and a woman turns up at his door, seeking help. Sam is a fan who has tracked him down, convinced that Eric will sort out the co-incidences that have both destroyed and coloured her life.

As Eric and Sam spin around one another like constellations in a greater universe, they set out to search for answers to their questions, and to find some meaning in the signs that we all see.

A powerful love story and an evocative exploration of the mechanics of the soul, THE BOOK OF WHY is a tender, thought-provoking novel which also addresses intricate questions about the nature of human joy.

I really don't know what to say about the Book of Why. I can't say that I enjoyed it but I can't even say that I really disliked it. It was a very different read for me as compared to the romances which I always seem to go for.

The Book of Why is Eric Newborn's story. He is the bestselling author of several motivational books and an inspirational speaker. But when his wife dies he stops believing in what he used to say. Now, he lives alone on a place called Martha's Vineyard with his dog called Ralph. He intends to spend the rest of his life doing nothing because he cannot get over the death of his wife.

Then on a storm wracked night, comes Sam, a woman asking for help. She does not believe in co incidences and thinks that everything happens for a reason. Just like her meeting with Eric. She wants to make him believe in his own books again and show him how he's affected so many lives. I don't really know what to think of Sam. She had this whimsical personality.

There is no real great conclusion at the end of the book. It is just Eric and Sam's journey at finding a few answers which I'm not really sure they get. Throughout the book we come to know about Eric from his childhood to how he grew up and met his wife. I think I enjoyed that part of the story best.

The thing I liked about The Book of Why was the writing. It was beautiful. The way the author strings together words was amazing. I think I may have given up on the book if not for the beautiful writing. I think this book means to give you a deeper meaning, which I did not get. I don't even know whom I could recommend it to, but if it looks good to you, you can give it a try. 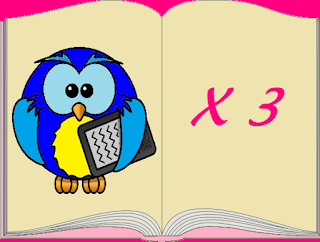 Email ThisBlogThis!Share to TwitterShare to FacebookShare to Pinterest
Labels: Adult Fiction, Nicholas Montemarano, The Book of Why