It's been said that when we look back over our lives, we are able to recognize the pivotal moments that in some way, shape, or form have led us to where we are today.
When Jacqueline Carter is fifteen, she crosses paths for the first time with Seth Thomas, a young man who unwittingly alters the direction of her life forever.
Jaq plans to break-up with her boyfriend on her sixteenth birthday. Instead, she is date-raped, and left emotionally broken. She builds a wall around her heart and begins spiraling downward on a road filled with drinking, drugs and physical abuse.
When Seth re-enters her life a few years later, the walls around her heart slowly come down and the two of them fall in love.
Unfortunately, sometimes, fate has other ideas, and we're forced down a different road from which we initially set out.

*NOTE: We (The Readdicts) received a copy of Different Roads from author Lori L. Clark in exchange for an honest review. We thank Lori for the book!

Oh God. Oh my God. Different Roads has been one of the most disgusting, depressing, disorienting and dazzling book I've read. It is one of those books that I don't know whether to love or hate.
Different Roads reminded me of two books I have previously read and it's safe to say that the book is Lisa Leudeke's Smashed and Kelley York's Hushed (my review) put into one and because I love it when one book reminds me of another book, I really really liked Different Roads.
In spite of my previously cited mixed feelings, I am going to have to lean more toward love when it comes to Different Roads, because- call me a psycho, but- I love angst, drama, intensity and insanity. And Different Roads has it all. All of it. Really.
I knew the moment I read author Lori L. Clark's email that I was going to like this book and like it I did. It is truly a splendid read in the most horrible way imaginable. To say that the book is majorly messed up would be an understatement. Excuse me for my use of words, but it is majorly fucked up.
Different Roads can easily be read in a matter of hours, but I couldn't do it. It was too much to take in at once and I needed a pause to gather my thoughts and think through things before I moved ahead with it.
Jaq, the protagonist in Different Roads, plans to break up with her boyfriend on her 16th birthday because, in her own words, this is exactly what she feels-
"It's been said that if you love two people at the same time, choose the second. Because if you really loved the first, you wouldn't have fallen for the second."
Jaq has no clue what mischievous, mysterious and utterly menacing plan her boyfriend already has for them.
From there begins Jaq's journey down the road of drugs and drinking. She decides to be one of the guys and loses her best guy friend in an accident. Her life keeps moving down a slope and she keeps going down and down.
Then begins her walk of shame from one abusive relationship to another and the worst relationship she ever had pays her back in the most gruesome way possible. Ugh. I hated that.
This was where I really didn't understand Jaq and yet, it was so easy to understand her. I didn't like her and yet I felt so bad for her. I thought she was weak and yet she remained strong.
Different Roads was full of crap and craziness. Author Lori L. Clark has written a fierce novel that is really intricate and exquisite in it's own ingenuous, harsh and hard-hitting way.

This is a highly formulated and intoxicating story that has moved me. I can't even explain the exorbitance and immense emotion of Different Roads. It is so hard to put into words the depth of the story. It is so raw and ruthless.
Overall, Different Roads is a moving tale of relationships and how, a relationship might seem to be something but in reality, it is another thing altogether. 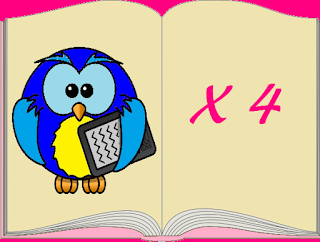