Box Set: COME HERE, GO AWAY.
All five books previously published individually. This box set includes five thousand extra, never before published words, where we find out, "And then what happened?!"
COME HERE, GO AWAY is about the steamy, angsty, emotionally charged and flawed romance between a feisty self-defense instructor and a jaded billionaire who may or not be responsible for the death of his ex-wife.
Follow along with Tori and Ambrose as their roller-coaster-ride of a romance unfolds.
COME HERE, GO AWAY is the story of the screwed-up, sometimes deadly, romance between Victoria "Tori" Isley and Ambrose Flynn. A couple of complete opposites brought together when Flynn--a smoking hot billionaire--hires Tori to train his daughter in self-defense.
Flynn was accused of hiring a hit-man to kill his ex-wife due to their bitter divorce and custody battle. Though Flynn was acquitted, the killer was never brought to justice and some still insist Flynn's guilty. His daughter moved back home with him, and now, Flynn worries that someone will try to kill her. Flynn maintains he had nothing to do with his ex-wife's murder and believes it was motivated by revenge. When Flynn hires Tori to give his daughter private lessons in self-defense at his mansion. Sparks fly! 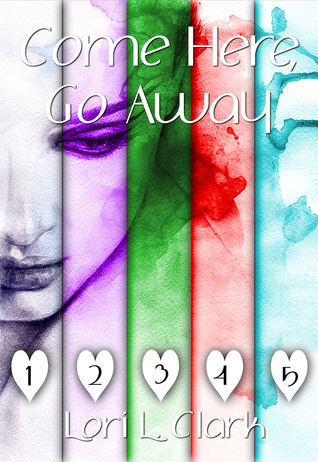 Goodreads links to books in the series:

What the hell! That ending was... No. Just, no. For a dark matter addict like me and for a series that has been intriguing and creepy, that ending was too full of sunshine and rainbows. So, no.


I have read a few books written by author Lori L. Clark previously, and each one has left me wanting more. The Come Here, Go Away series wasn't any different. A five book series, we have here the story of Tori who went through a rough past and is now a self-defence instructor and does many part-time jobs. She is hired by Ambrose Flynn, hot millionaire who was suspected for the murder of his wife, to teach self-defence to his daughter Rose.


There's no doubt for me now that Lori's writing is really nice. It's simple and has a nice flow that keeps the reader interested. The Come Here, Go Away series goes from Tori's point of view, and it was fun to be in her head. Her strong exterior is clearly a result of some major interior damage. I liked the idea of having a self-defence teacher as the protagonist. It kept the story very entertaining as I hadn't read anything similar before. Tori has her share of awkward moments, and they were amusing. Tori got on my nerves many times as the series progressed as she just seemed very vulnerable and weak for the sketch we got of her personality initially. She meets Ambrose through her instructor Patrick whose character was well done and described throughout.


When Tori meets Ambrose, it was but obvious that something would cook between the two. I didn't like Ambrose all that much. He just seemed like another Christian Grey to me. And the more I read about him, the more my assumption was affirmed. While I was hoping that his character would develop and progress eventually, he just stayed the same. He was a nasty, fake and selfish brat who didn't appeal to me at all. His daughter seemed like a spoiled brat at first, but she was nice enough. Honestly, by the end, Rose was the only sensible character in this series.


Overall, the Come Here, Go Away series was quite interesting and eerie, which is a plus. Tori's relationship with her mother was very well portrayed and stood out the most for me. An intriguing read, it really left me wanting to know more, especially to see where the story was headed every time I finished one part. The epilogue kind of final end which is featured at the end of the box set was honestly the cheesiest, dumbest and most unrealistic end ever, and I just did not like all the unnecessary flare and useless drama. Read as separate books over some intervals, the series manages to pack some punch, but read as a whole series at once (like I did from book two onwards), it wasn't that great.


Having said that, this series was a quick read that was quite decent, and definitely worth one read. 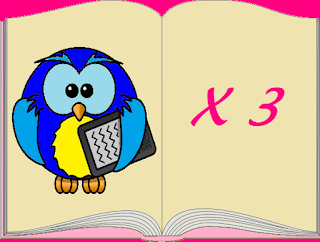