'Left from Dhakeshwari' is a collection of nine interconnected stories dealing with lust and loneliness, death and obsession, memories and madness.
In the first story, 'We Were Writers', we meet a Bengali film actress, who after her brother’s suicide, returns to her small hometown and reflects upon the life she left behind; in ‘Bomb Church’, Aniruddha tries to piece together his mother’s identity after her mysterious departure; the only clues available in the existential whodunit being: a soap-box, a brown shoe and the statements of five witnesses; while the heartrending 'Salt Lake' recounts an unusual affair between a disfigured girl and a mime-artist with scars of his own.
The other characters in this collection include a runaway teenage-girl, an agoraphobic writer, a masochistic cosmetic surgeon, a ghostess, identical twins and a manic-depressive housewife. And they are all in search, of a time and place they can call their own. That is perhaps why the title itself, denotes both a time and a place: a point of departure and the forbearer of journeys.
In his first solo book, Kunal Sen infuses his women with souls of poetesses and a seductive melancholy and arms his men with child-like, romantic sadism. 'Left from Dhakeshwari' is written in a style that straddles between the tragic-dramatic and mildly surrealistic, but remains in the end a book about some remarkably original people and their depths and failings. I had no idea about a book called Left From Dhakeshwari by Kunal Sen until we became part of the Left From Dhakeshwari Read-along along with a few other Indian bloggers.
I do enjoy short stories once in a while, but they leave me feeling empty and wanting for more. I think that the trick with these types of stories is that if you do them well, they make for really good reads.
Left From Dhakeshwari has a total of nine stories which are all inter connected. A people map or tree at the beginning of the book shows us the relation between all of the characters from these nine stories.
While I really liked some stories, there were some that went over my head and were beyond my comprehension. I did not understand their significance at all and I didn't even want to try. But the ones that I did like were really good and some even had me thinking deeply about them.
Although it was difficult to get some points the author tried to put forth, he does an excellent job at capturing certain emotions and sentiments.
Author Kunal Sen's writing is different, in a good way. It has got a nice flow and literary touch to it. I loved how, in an already short story, he made further numerical divisions. I go by numbers of chapters, of pages, etc. when reading and so I really liked how the author managed to make a short story seem like a small novel.
Overall, Left From Dhakeshwari didn't exactly live up to the 4 and 5 star reviews I'd seen for it on Goodreads, but it was a dazed, decent and different read. 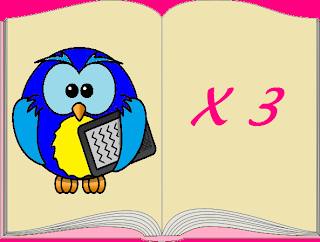