Hello, all! Today is our stop on the Call Of The Raven Blog Tour hosted by Karen @ Literati Literature Lovers.

We have a really nice and informative spotlight post and a 20 Questions with the protagonist, Asher Lake AND a super cool giveaway for you! So let's quickly move onto it all.

TITLE: Call of the Raven (The Union Series Book #1) 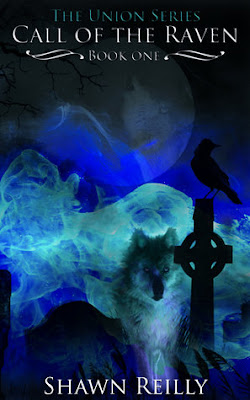 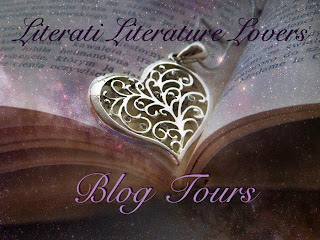 Love is something everyone longs for at the deepest level—but for some, love is a curse. This is most certainly true for Asher Lake, the Keeper of an unknown group of people called ani-shifts. Ani-shifts, those with the ability to shift into animal forms, compose a secretive body of individuals known simply as the Union.

A wolf in shifter form, Asher lives with a curse placed upon him and his predecessors by the elusive Raven—a dark entity whose identity remains a mystery. According to the ancient archives, the Raven’s curse is conditional and set in motion by one fatal decision: if a Keeper ever allows himself to fall in love he will die.

Choosing to live in isolation within the walls of Lake Manor, a private estate concealed by the dense woods of Brokenridge, Asher has vowed never to love or to fall in love with anyone believing it to be the only way to survive. However, after ten years of neglecting his people and the protégés left in his care, along with the impending threats of an uprising, Asher learns the only way to break the Raven’s curse on future Keepers, thereby preventing them from suffering the same fate, is to accept his.

This becomes his strongest challenge of all when he encounters Elle Ison, the woman of his dreams. Does Elle hold the key? Can she help him change his fate? 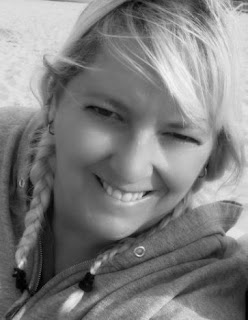 When it seemed like I was only an F away from flunking out of the sixth grade, a retired school teacher took me under her wing. After some tutoring and testing, she informed my parents that the reason I was having trouble in school wasn’t because I was dumb but instead dyslexic.
When my stepfather heard this, he decided to take me to a used bookstore with the belief that the best way to improve my reading skills was to read. Some of the books were hard to get through at first, but with his encouragement I refused to give up. We made many trips to that bookstore, and I especially loved the science fiction and fantasy sections.
Then one day, after complaining about the ending of a particular book, he told me that if I didn’t like the books that I had been reading, then to write one myself—so I did. My first attempt resulted in a horribly written western when I was fourteen, staring a cocky gun slinging cowboy by the name Curt Calhoun. Curt along with his seven brothers, who all shared C names in common, may never have seen the pages of a book, but that was the day I started writing, and never stopped.
I have over fifty books on my computer which I've written in various genres, all of which are waiting to come to life. Even though my ability to write has improved over the years, I am humble enough to admit that I cannot venture on this journey alone
Sincerely yours, Shawn Reilly

Shawn Reilly lives in Mt. Comfort Indiana with her husband, and three daughters. Call of the Raven is her debut novel. She is currently working on the second novel in the Union series. She writes in various genres, which include paranormal romance/urban legend, science fiction, dystopian, fantasy, suspense, and dramedy.

As part of the Tour, author Shawn Reilly is generously giving away ONE signed copy of her book Call of the Raven (The Union Series Book #1) to ONE lucky US reader on each stop.

~For our giveaway, all you have to do is fill out the Rafflecopter form below.
~If the form doesn't load, click here.

~The giveaway is US ONLY. The book will be shipped by the author to the winner.

~After a winner is picked, they will be emailed and will have 48 hours to respond or we'll be compelled to pick another winner.

A big thank you to Karen for hosting this wonderful tour and to Shawn for the giveaway!
Good luck in the giveaway, thank you for stopping by, and happy reading!