Dimitri gave Rose the ultimate choice. But she chose wrong...
After a long and heartbreaking journey to Dimitri's birthplace in Siberia, Rose Hathaway has finally returned to St. Vladimir's-and to her best friend, Lissa. It is nearly graduation, and the girls can't wait for their real lives beyond the Academy's iron gates to begin. But Rose's heart still aches for Dimitri, and she knows he's out there, somewhere.
She failed to kill him when she had the chance. And now her worst fears are about to come true. Dimitri has tasted her blood, and now he is hunting her. And this time he won't rest until Rose joins him... forever. 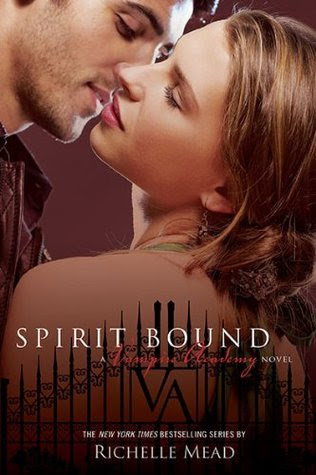 The fact that Spirit Bound is Janhvi's favourite Vampire Academy novel makes it a little difficult for me to write this review. Not because of what she will think after reading my review, but because maybe I won't be able to do it as much justice as she would and perhaps I won't give it as much praise as it deserves. Like the other Vampire Academy novels, Spirit Bound also started out really slowly and seemed very dragged out to me. But there comes a certain point in these books where everything comes crashing down at once, the plot thickens, the book becomes rapidly unputdownable, you want to know what's going on and poof- it ends on a cliffhanger! Spirit Bound starts off with Rose and Lissa graduating from St. Vladimir's Academy and they actually step out into the read world and a death threat/love letter sent to Rose. By now we almost know how Rose's mind works with all the crazy ideas. And yet, she surprises us with her spontaneity. She and Lissa are staying at the Royal Court and so many things happen in the book that it's hard to say anything without giving away everything. Rose was her usual kick ass and awesome self. She's so hot and cool at the same time and it really is hard not to like and admire her. Lissa was just as amazing. She's really sweet and kind, a perfect contrast and match to Rose. Lissa's boyfriend Christian is amazing as well and he and Lissa are perfect together. I'm so glad they made up in this book.  I wish I could just say 'screw being Team Adrian or Team Dimitri, I wanna be Team Christian', but Adrian and Dimitri are just as beaut and just as good. Adrian is... He's got spunk, he's really cool. And Dimitri is simply excellent. The side characters in Spirit Bound were all just as important as the main characters and even though I like some and don't like some, they're all really good and well portrayed. Author Richelle Mead's writing, as always, is first class. She makes me want to know more and more. Rose's voice is awesome just like her. The way in which Rose reads through Lissa's mind is described meticulously. It's been a long time since I read a proper series made up of a solid six books. Like with all series, as excited and desperate I am to read Last Sacrifice, it's also sad that it's now the last book and the series will come to an end. Luckily, there's Bloodlines so hopefully we'll get to see all these rocking Vampire Academy people once again. 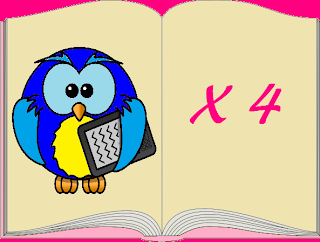